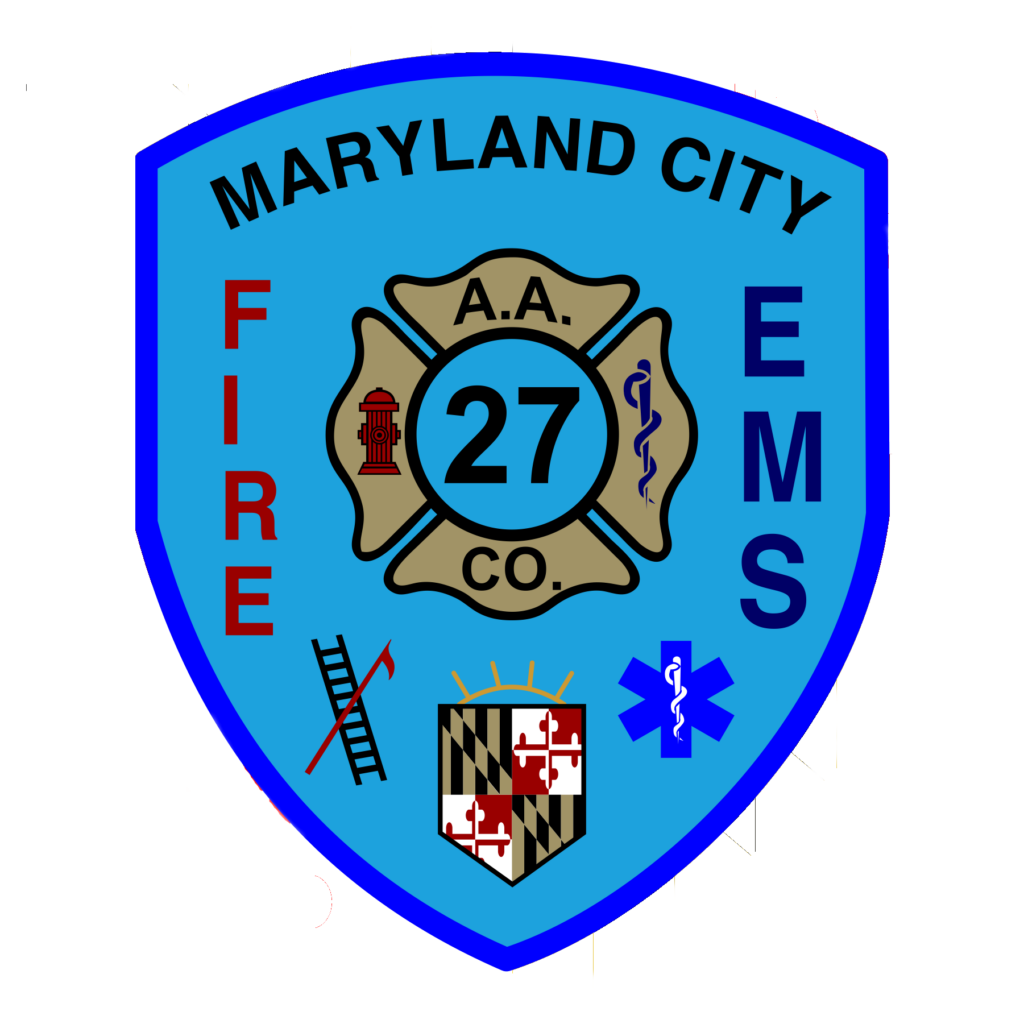 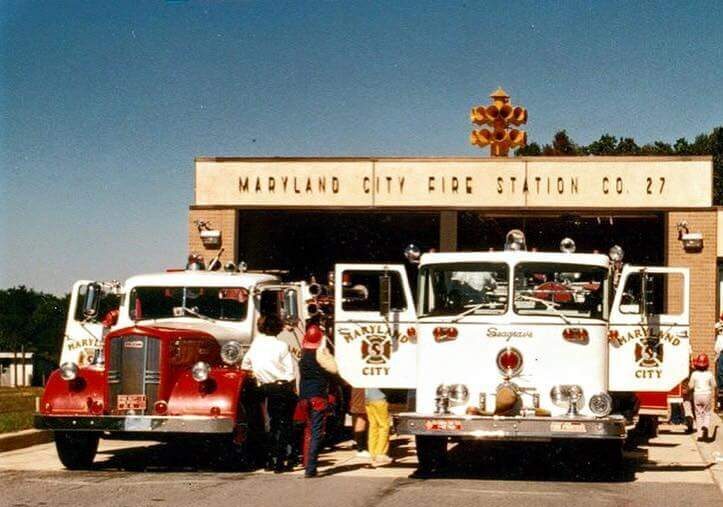 Serving the Communities of the Westernmost portion of Anne Arundel County on the East Side of Laurel Maryland.

In 1966, the Fire Prevention Committee of the Maryland City Civic Association met to discuss plans for the organization of a volunteer fire department. By June 1967, the newly organized Maryland City Volunteer Fire Department had acquired its first pumper, a 1951 Ward LaFrance.  Temporary quarters for the company was acquired in September 1967 the site of the old Galaxy Mobile Home Park on Brock Bridge Road, just north of Route 198. The dedication ceremony for the fire station was held on February 3, 1968. The company joined the Anne Arundel County Volunteer Firefighters Association in March 1969, and the State Association in June 1969. Also in March of 1969, the site for a permanent fire station was acquired. Construction began in May 1969 and was completed one year later. Formal dedication of the new fire house was held on July 16. 1970. New equipment, consisting of a 1970 Seagrave pumper and a brush truck were added in 1970 and 1971, respectively. The first brush truck was built on a 4×4 Ford pickup purchased from Academy Ford in Laurel for $6,300 following two years of fund raising activities by the fire department and the Ladies Auxiliary.

In May 1975, it was requested that the county provide a Basic Life Support ambulance for Maryland City, and in September of that year the first Emergency Medical Technician class started. Subsequent to their graduation in May 1976, the first ambulance was received at station 27. That ambulance was officially placed in service in June 1976. Just minutes after being placed in service, the first call came in to respond to the Sears Surplus Store in Maryland City Plaza. Laurel Volunteer Rescue Squad (Prince George County Company 49) also responded as they were unaware that Maryland City now had its own ambulance!

After twenty-five years in the same building, it was apparent that the current facilities had been outgrown. In 1996, work began with the county on a design for a new, larger station for Maryland City. The final design was approved in February/March 1997 and ground was broken in May 1998. The new building is on the same site as the old station, but includes three engine bays, a banquet hall which also serves as training/meeting facilities, enlarged bunk rooms, and office/administrative spaces. The dedication of an all new Maryland City Volunteer Fire Department – Station 27 was presided by County Executive Janet Owens and County Fire Chief Roger Simonds on October 16, 1999.